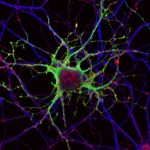 case that is in line with jurisprudence, according to health law experts.

The decision by Quebec Superior Court Justice Bernard Jolin, commended for being sensitive, solicitous and thoughtful, reaffirms that the best interests of the child must prevail, underlines that courts do not “strip” parents of their parental authority when going against their wishes but rather “corrects their manifestly erroneous decision,” highlights that the courts will take into account suffering as an important consideration, and illustrates the strain that may arise between faith and medical evidence.

“It’s not a judgment that breaks new ground in law but I am pleasantly surprised by the tact with which the judge goes about it,” said Montreal lawyer François Dupin, Ad.E, formerly with the Public Curator of Quebec. “He tries to explain the ins and outs of his grave decision. That’s important because if he was just concerned about the legal thing, he could have asked for the provisional execution of the judgment. But he didn’t do that. He wanted to give the parents a chance to appeal.” In Quebec, litigants challenging forced medical care have five days to ask the Quebec Court of Appeal to review the decision.