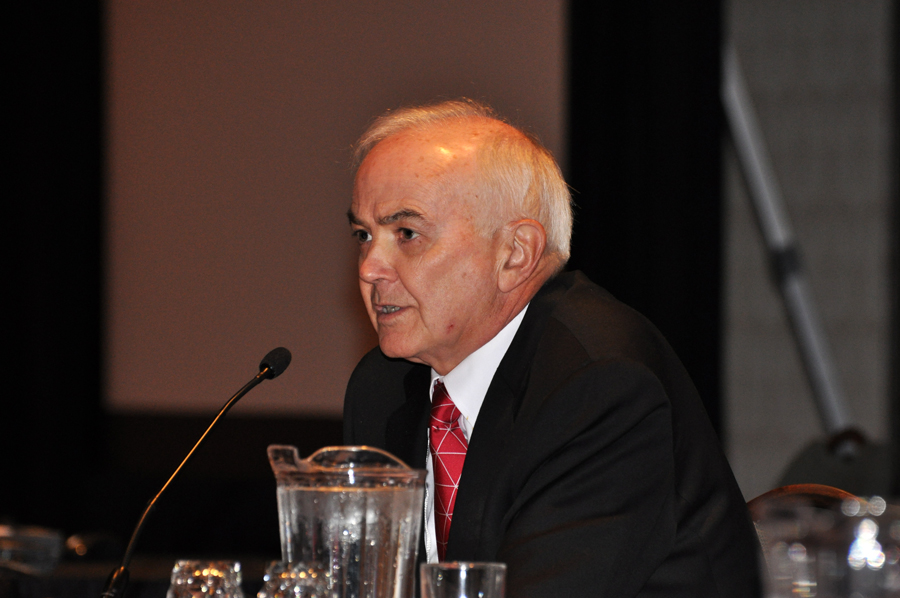 At times, judges publicly muse over the challenges they face. In a discourse given a few years ago, Quebec Court of Appeal Justice Allan Hilton reflected on judges and lawyers grappling with the challenges emanating from Quebec’s unique cultural and linguistic make-up.

Here are some excerpts:

In my experience both as a lawyer and as a trial judge, in civil cases counsel will usually address the judge in French, unless the judge is an Anglophone, in which case Anglophone lawyers will do so in English. There may be an exception in some circumstances, however, where a Francophone lawyer will address a judge in English if that lawyer is representing an Anglophone client. On the other hand, it is equally possible that a Francophone lawyer who does not feel entirely at home in English will offer a quasi-apology for pleading in French when that lawyer represents an Anglophone by noting that the client has authorized the lawyer to plead in French.

Judges will invariably, as it were, go with the flow and respond to counsel in whatever language that counsel has used. The same is true of any questions a trial judge might have for a witness.

…Writing a judgment in a second language is an extremely time-consuming exercise. Typically, it will take at least twice the time to do so. On the Quebec Court of Appeal, both I and the other Anglophone who is a puisne judge write principally in English, with some judgments in French. Oral judgments, however, are invariably rendered in French, unless there is a specific reason to do so in English. Only a few of my Francophone colleagues on the Court of Appeal ever write any reserved judgments in English, although many of them are capable of doing so. Again, the constraint of time is a determining factor with our heavy caseload to manage.

As you know, section 133 of the Constitution Act, 1867 requires that Quebec statutes be enacted in both French and English, and section 7(3) of the Charter of the French Language acknowledges that both versions are equally authoritative. Nevertheless, it is common knowledge that unlike federal legislation in which both versions of a statute are co-drafted, the English text of Quebec statutes is a translation of the French text, and the translators are not necessarily jurists nor Anglophones. From time to time, those translations are incomprehensible, or are replete with Gallicisms.

The English text of the Civil Code is no exception. To make the point, I draw your attention to article 311, which says in French at the outset that “Les personnes morales agissent par leurs organes …“, and in English, “Legal persons act through their organs …“, which, shall we say, has potentially different connotations than what was intended.

The reality is that while we in Quebec often cite judgments of trial courts and appellate courts across Canada in our judgments because Quebec jurists understand English, judgments from Quebec courts that are rendered in French, even in matters of law that apply across the country, are rarely if ever considered, let alone cited, unless they have been translated. Such translations, when they occur, are carried out by or on behalf of law report publishers…

It is indeed a pity that most jurists outside Quebec have not yet acquired the reflex to routinely examine Quebec authorities on subjects of law that are applicable across the country. I hope that an event such as this one will help to inspire those of you who are present or those who may later read these remarks to consider such an additional step in the course of conducting your research.