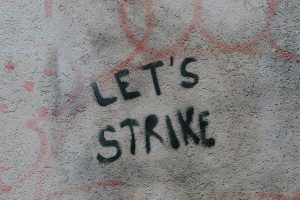 The list of actors in the Quebec justice system who have grievances against the Quebec government continues to flourish.

Judges sitting on the (TAQ), a specialized court that deals with administrative decisions, recently walked out for a few hours after labour negotiations with the government reached an impasse. In early May, nine of ten coordinating judges, responsible for ensuring rapid and efficient processing of the proceedings, resigned from their administrative duties.

Now the matter is before the courts. The Quebec Court of Appeal authorized the government to present a 15-page position paper by August 1st.

The judges are asking for the creation of an independent committee to examine issues such as remuneration, pension packages and benefits. The organization that represents the TAQ judges asserts that there is a widening gulf between their remuneration and those of provincially appointed judges such as the Court of Quebec and municipal courts. One TAQ judge recently pointed out that he earned $126,000 in 2009 but now makes $118,000.

The dispute follows on the heels of a bitter labour negotiations between provincial crown prosecutors and government lawyers and the Quebec government. Crown Prosecutors, who went on a two-week strike last year before the government adopted back-to-work legislation, signed an agreement last fall that gave them pay increases of up to 20 per cent. More recently still, the labour strife between the Quebec government and its lawyers seems to have come to an end. Last week, 85 per cent of members of the Association des juristes de l’État (AJE), a union representing nearly 1,000 lawyers, notaries, and other legal professionals, ratified an agreement reached in principle last year.

The labour disputes, however, appear to be a clear-cut sign that the government holds little regard for the justice system, says the former head of Quebec’s legal society. “The budget of the Ministry of Justice has not increased over the past 17 years,” noted André Gauthier, a former batonnier and now head of the law firm Cain Lamarre Casgrain Wells. “That projects the image of a ministry that is not held with much regard by the government.”

The Barreau du Québec asserts that the justice system in Quebec is severely underfunded, an observation shared by a government committee that examined the province’s economy and state of public finances. The budget of the Ministry of Justice represents a mere one per cent of the government’s total budget.

Another former head of the Barreau concurs. “The signals sent by the government is that justice plays a rather relative role in the Quebec state, and is treated just like any other services,” told me Gilles Ouimet. “We cannot afford as a society to lose lawyers working in the public sector. We already face difficulties recruiting them. And if on top of that we demoralize them to the point where they are considering leaving, well then I think it will be as if we are driving a vehicle with three tires.”