A targeted program launched by Revenue Quebec to recover monies from employers and employees in the construction industry recouped nearly $1.2 billion in the past three fiscal years but critics say that the tax authority could recover more monies and curb black market activities more efficiently by introducing a series of easy-to-implement measures.

Despite numerous initiatives introduced over the past couple of years by the Quebec government to thwart tax evasion, money laundering, collusion and corruption, particularly in the construction industry, “tax losses remain high,” according to the 2015-16 provincial budget. The taxman and the Ministry of Finance estimate that the government loses $1.5 billion annually due to tax evasion in the construction industry alone, the sector where tax losses are the highest.

The last provincial budget introduced yet more new measures to bolster its fight against tax evasion, principally targeting temporary work agencies and the construction industry. Besides launching another consumer awareness campaign, the government intends to strengthen collaboration between different government agencies and departments who are part of the so-called ACCES Construction Committee to develop yet more monitoring tools to thwart the underground construction economy.

In 2012, the provincial government established ACCES to improve the exchange of information between Revenue Quebec, the Quebec Ministry of Finance, Director of Criminal and Penal Prosecutions, the Quebec workers’ compensation board, and two provincial agencies that oversee the construction industry. As part of its efforts, Revenue Quebec was given the go-ahead to hire 316 auditors who work exclusively on private and public construction sites across the province. These auditors examine the financial books of construction firms working on construction sites, and go so far as to meet with employers and employees alike to gather information and data. According to Revenue Quebec figures, these auditors were directly responsible for enabling the tax man to recuperate $100 million in taxes.

The provincial budget also announced new measures that will tighten the authentication of construction contractor’s licence – something that Quebec should have done far more stringently from the beginning of its fight against the black market, said Louis-Frédéric Côté, a Montreal tax litigator with Spiegel Sohmer. Quebec’s 46,000 construction contractors must hold a licence issued in accordance with the Quebec Building Act. While the provincial agency that oversees construction contractors, the Régie du bâtiment du Québec, carries out nearly 22,000 verifications upon the issuance or maintenance of a contractor’s licence, many contractors are nevertheless still able to bypass the system by providing bogus addresses and telephone numbers. That ploy allows them to circumvent Revenue Quebec audits as well as provincial sales tax registration, and in turn creates legal and tax headaches for honest entrepreneurs who have done business with them. 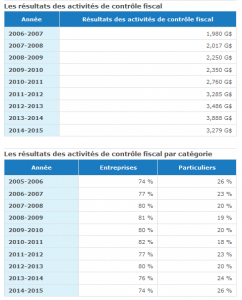 In a position that has long befuddled tax lawyers and practitioners, Revenue Quebec maintains that business have a so-called duty to investigate. The provincial tax authority has over the past several years refused to refund input tax credits if it deemed that a business did not conduct proper due diligence on its suppliers. In one case Revenue Quebec withheld $4-million in input tax credits from a company because some 30 out of 6,000 suppliers it was dealing with were apparently not legit, said a Montreal tax lawyer.

But besides withholding input tax credits, Revenue Quebec will go after contractors who have done business with dishonest sub-contractors and expect them to remit provincial sales tax owed by the sub-contractor to the tax authority, according to tax professionals.

Though the Quebec government announced that it will tighten certification verifications, and share the results with Revenue Quebec, Côté asserts that unless the authentications are carried out almost in real-time, it will not solve the problem. “The big challenge is to convince fiscal authorities to conduct these verifications in real time,” said Côté, who used to work at Revenue Quebec’s legal department. “So long as these verifications are not done in real time, business will continue to be at risk and people may have hear from Revenue Quebec two, three, four years down the line with bad news.” 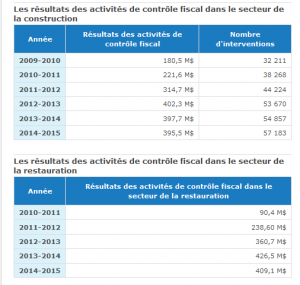 The same kind of checks should also be conducted by Revenue Quebec when construction contractors register for the goods and services tax and provincial sales tax, adds Côté. He believes that the tax authority could easily conduct swift investigations on construction contractors within 60 days, ideally 30 days, who register for GST/QST. All they would have to do is investigate whether the contractor has a real address, a real telephone number, and a real bank account. “The heart of the problem again is real-time verification but I believe that there is a lack of vision and leadership in the organization,” said Côté. “Their efforts are focused on introducing aggressive tax measures rather than preventative measures.”

One tool that Revenue Quebec has at its disposal that seems to have been put on the backburner is a software program that culls information from more than 300 provincial sources to identify taxpayers who do not declare their total revenues, noted Natalie St-Pierre, a tax partner with Richter in Montreal. The software program also measures and compares declared revenues with levels of wealth. Since fiscal-year 2009-2010, the program has recouped on average $30 million in tax monies. But it has the potential to be far more effective, said St-Pierre. “I am a big fan of this program because Revenue Quebec has at its disposal all the information the government has on its citizens, and the tax authority should use it more effectively in order to track down fraudsters,” said St-Pierre. “It appears that they have forgotten this program exists.” 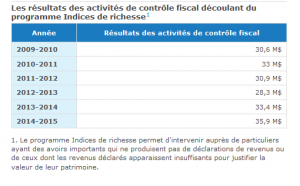 The provincial government could also introduce tax credits for home renovations to thwart the thriving residential construction black market, said Luc Lacombe, a tax partner with Raymond Chabot Grant Thornton in Montreal. Lacombe notes that the series of measures the provincial government has introduced over the past five years has made it extremely difficult for construction firms in the commercial sector to avoid paying taxes. Not so in the residential sector, where the incentive for both consumers and contractors alike to bilk the government is relatively easy. “As a general rule, consumers who have residential work done don’t want to pay the 15 per cent provincial sales tax,” noted Lacombe. “But if the government introduced a 20 per cent tax credit, as it did in the past, it would recuperate the 15 per cent QST that it’s now losing, and would ensure that the contractor who is doing the work is declaring his revenues, and therefore recoup even more monies from them in the form of income taxes. As far as I’m concerned, these programs cost nothing to the government and even brings in more money into the government coffers.” 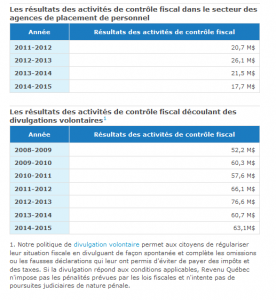