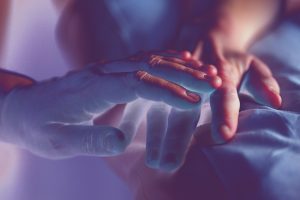 In a ruling hailed as an “elegant demonstration of sense and sensibility,” Quebec Superior Court Justice Christine Baudouin struck down the end of life requirement under section 26 of Quebec’s End-of-Life Care Act and the reasonable foreseeability of natural death requirement under the Criminal Code, holding that it breached section 15 of the Canadian Charter of Rights and Freedoms, prerequisites that prevented some people from accessing the end-of-life procedure. The federal law also contravened section 7 of the Charter.

END_OF_DOCUMENT_TOKEN_TO_BE_REPLACED

A landmark bill that has thrust debate around end-of-life care into the national political arena by legalizing medically assisted death in Quebec can withstand court challenges and even co-exist with provisions in the Criminal Code against assisted suicide and euthanasia, assert Quebec legal observers.

In a historic vote, after nearly five years of heart-wrenching deliberations across the province by a cross-party committee of the National Assembly that received 273 briefs and heard 32 experts as well as 239 individuals and organizations, about 80 per cent of Members of the National Assembly approved Bill 52, An Act Respecting End-of Life Care. Beyond providing guidelines to help patients who want to end their pain, the legislation sets protocols for doctors sedating suffering patients and aims to expand palliative care across the province.