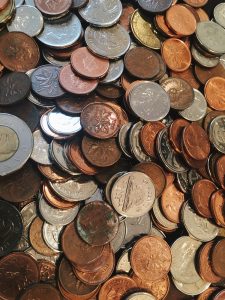 A Montreal criminal lawyer behind a constitutional challenge of Quebec’s legal aid disbursements’ system and a motion to revamp the legal aid fee system lost his bid after Quebec Superior Court held that it was a political matter.

In a long-awaited decision by the Quebec legal community, with several high-profile criminal defense lawyer’s associations as well as the Quebec Bar joining in the effort, Superior Court Justice Manon Lavoie held that while the issue deserved attention it was an administrative issue that had nothing to do with the constitutional rights of the litigant who raised the matter.

“Considering the effort and energy that was put into this case for the past two years, the result for us was catastrophic,” said Félix-Antoine Doyon, a Montreal criminal lawyer who spearheaded the constitutional challenge. “We are absolutely and totally convinced that the current legal aid system is flawed. We are convinced that several fundamental rights are breached by the current legal aid fee system. At least the judge recognized the seriousness of the question,” added Doyon, who intends to file an application for leave to appeal before the Quebec Court of Appeal.

Doug Mitchell, a Montreal litigator and constitutional law expert who represented three Quebec criminal defense lawyer’s organizations who sought to be interveners, believes the decision is inconsistent with the current state of law. “The judge reduced it to simple financial expenditures, which is a complete misreading of the statement of claim,” said Mitchell, who co-founded IMK LLP in 1997. “The statement of claim says that the current regime results in a denial of several fundamental Charter rights and that it is setting up a system where either the lawyers are not incentivized to do a reasonably decent job or the people who are doing it are not going to be competent in criminal files with some degree of complexity.”

The case to the fore after Doyon took on a legal aid mandate to represent Michée Roy, who was charged in 2015 with killing his infant son in a suspected case of shaken baby syndrome. In 2017 Roy was found guilty and sentenced to 12 years in prison, a decision that was overturned by the Quebec Court of Appeal in 2019 after it ordered a new trial following new evidence.

Doyon initially accepted to once again represent Roy, but then desisted, maintaining that “derisory” legal aid fees did not allow him to adequately represent his client. Roy then lodged a motion in September 2019 seeking a declaratory judgment, alleging a breach of his rights under the Canadian Charter of Rights and Freedoms. He also sought a declaratory motion seeking the unconstitutionality of the 2013 legal aid agreement reached between the Quebec Bar and the provincial government, asserting that it infringed it his right to equality and his right to a full and fair defence.

Fewer and fewer Quebec private practice lawyers are taking on legal aid cases. In fiscal year 2019-2020, the number of private practice lawyers who took on legal aid cases dropped by 9.1 per cent compared to the preceding year, with criminal and penal cases shrinking by 11.3 per cent and civil matters by 6.5 per cent, according to the latest annual report by the Quebec Legal Services Commission, the provincial body overseeing legal aid. That’s mainly because legal aid fees are woefully inadequate, say critics of the current legal aid system. Under the 2013 agreement, the maximum amount a defence lawyer obtained to represent a legal aid client charged with a lesser criminal offence was $300, a figure that climbed to $500 for serious charges. More funds are available for “complex cases” but critics point out that it’s difficult and cumbersome to obtain. Such legal aid disbursements put the protection of the public and the honour of the profession in peril, asserts Roy in his statement of claim.

In the meantime in December 2019, the Quebec Legal Services Commission reviewed Roy’s case and granted him additional fees as it was deemed to be “complex case” – which prompted Doyon to represent Roy again. In spite of the favourable decision, Roy nevertheless forged ahead with the constitutional challenge.

The Attorney General of Quebec contested the motion, maintaining that Roy does not “sufficient interest” in the case as per Article 85 of the Quebec Code of Civil Procedure – a position that Justice Lavoie agreed with. Justice Lavoie held that since Doyon accepted the legal aid mandate with a premium disbursement, it voided Roy’s alleged constitutional breaches and the remedies he sought. As a result Roy did not have sufficient interest, “that is, direct and personal,” to pursue the case, held Justice Lavoie in Roy c. Procureur général du Québec – Ministère de la Justice 2020 QCCS 4503, a decision issued on December 15th.

Moreover even though under Article 85 (2), a plaintiff can raise a public interest under certain conditions, the court has to determine whether the issue is a serious one that can be validly resolved by the court and whether there is no other effective way to bring the issue before the court. Justice Lavoie held that she was not convinced that Roy was “interested” in the legal aid disbursement issue, its harmful consequences, and does not appear to be very committed to the issues at hand. Rather, the case appears to be one that interests above all lawyers who are seeking to renegotiate the legal aid agreement.

On top of that, Justice Lavoie pointed out that the Quebec government and the provincial bar association reached an agreement in October 2020 to increase legal aid fees and to establish an independent working group headed by former Court of Quebec Chief Justice Élizabeth Corte. The group, which will include members nominated by both the Quebec government and the Barreau du Québec, will conduct an exhaustive review of the tariff structure, including the issuance of legal aid mandates and disbursements involving complex cases. It is expected to issue a report by this spring. Under the agreement, legal aid fees will increase five per cent retroactively from October 2017 to May 2019, and a 14.7 per cent increase in fees from June 2019 to September 2022.

“It does not lie within the judiciary power to dictate to the legislator and the State how public funds should managed,” said Justice Lavoie, adding that the matter was an administrative one that has nothing to do with the constitutional rights of the plaintiff. “Furthermore, the Charter does impose to the State a positive constitutional obligation to provide legal services.”

But that is a complete misreading of the issues at stake, said Mitchell. Justice Lavoie puts too much faith on the fact that a committee was struck to examine issues that have long troubled the Quebec legal community. “I know of too many instances where committee reports sit on shelves and nothing is done,” said Mitchell. More importantly, added Mitchell, the existing regime for legal aid is “woefully deficient” on several constitutional law standards. “The mere fact that a judgment of a court on a constitutional question might require the State to spend more money is not an uncommon occurrence in constitutional law, and is not grounds for rejecting a statement of claim,” said Mitchell.

Doyon continues to assert in spite of the unfavourable decision that legal aid fees is “not a political or administrative matter” but an issue that deals with fundamental rights. “The problem with legal aid fees is that in cases where the person is facing serious consequences in a complex case, he is unable to obtain monies so that his lawyer can competently prepare for the case,” said Doyon. “That is a constitutional issue.”

Counsel for the Quebec Bar declined to comment on the ruling.