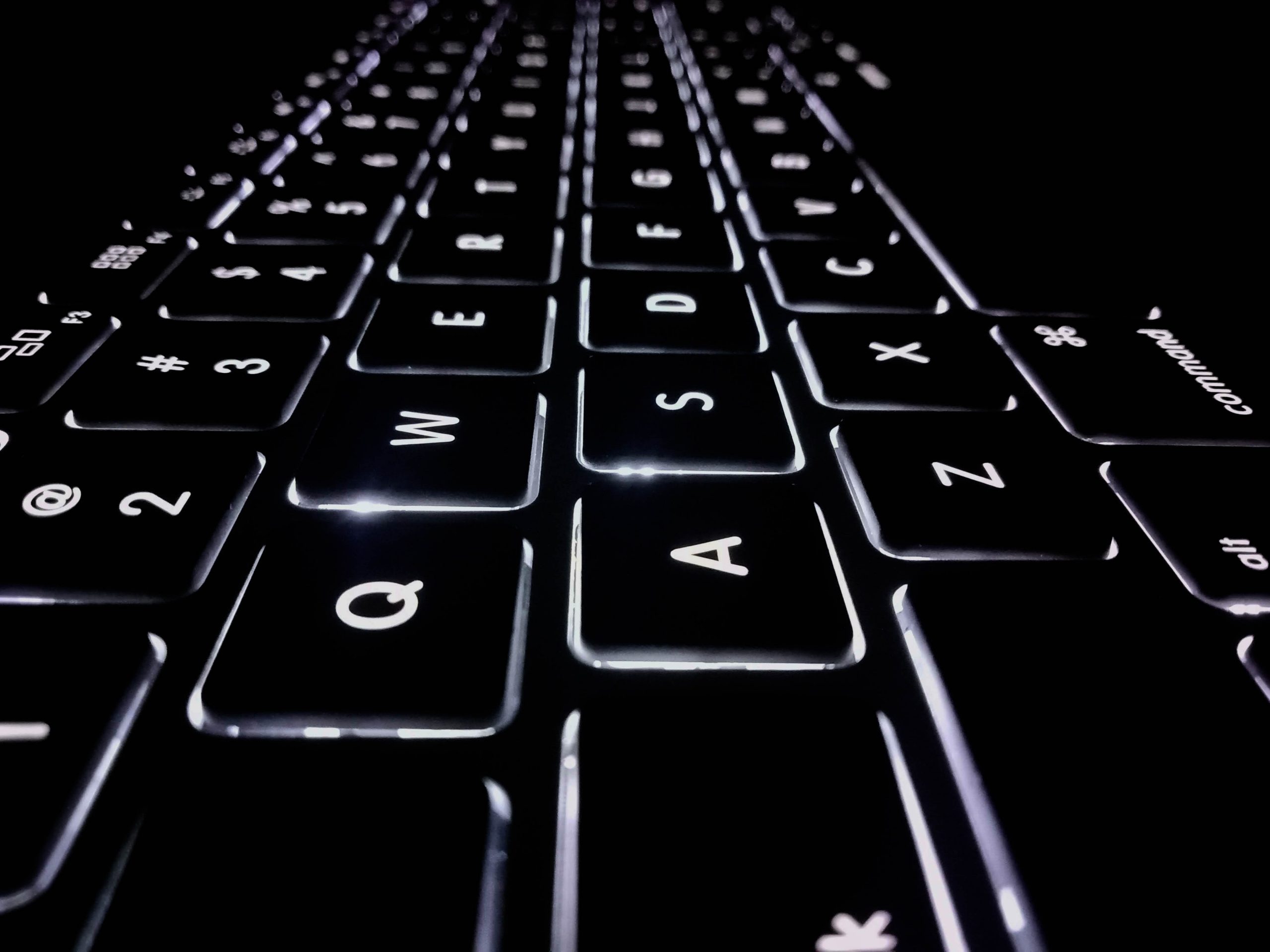 The Federal Court has plainly and forcefully struck down the approach used by the Canadian Intellectual Property Office (CIPO) to patent claims in a decision widely expected by the patent bar to have far-reaching implications, particularly for computer-implemented inventions.

Deemed by registered patent agents and patent lawyers to be one of the most important cases in recent years, the Federal Court held that the controversial problem-solution approach applied by the patent office since 2013 to construe patent claims was inconsistent with Canadian law. The decision also provides clarity on the correct approach to claim construction, and will likely make it easier for patent applicants in the business method, computer-implemented invention and diagnostic method fields to overcome subject matter eligibility rejections during prosecution, according to patent experts.

“It’s definitely good news for innovators and definitely good for innovation across the board because the patent system drives innovation,” remarked Serge Shahinian, a Montreal partner and patent agent with Lavery de Billy LLP’s intellectual property department. “The decision is important because it will have an impact on the patentability of certain types of inventions. In the last several years the patent office had rejected a number of cases because of the particular approach it was using to determine whether those types of inventions are patentable. It appears that under the approach established by the court could change certain aspects of the patent’s office approach and analysis.”

CIPO adopted its “particular approach” in 2013, two years after a key decision by the Federal Court of Appeal in the so-called “one-click” decision in Canada (Attorney General) v. Amazon.com, 2011 FCA 328. The appeal court held in Amazon.com that the patent commissioner should apply the purposive construction test laid out by the Supreme Court of Canada in a pair of leading decisions, Free World Trust v. Électro Santé, 2000 SCC 66 and Whirlpool Corp v. Camco Inc., 2000 SCC 67. The SCC’s two-pronged test to determine whether a claimed element is essential required answering whether it was obvious to a “skilled reader that varying a particular element” would not affect the way the invention works and whether it was the intention of the inventor, “considering the express language of the claim, or inferred from it, that the element was intended to be essential.”

But CIPO directed examiners to follow a “problem-solution” approach to claim construction. Under this approach, an examiner is required to first identify the problem and the solution of the invention, and then determine which claim elements are essential to the proposed solution and which elements are superfluous non-essential.

The problem-solution approach, set out formally in CIPO’s Manual of Patent Office Practice (MOPOP) in June 2015, frustrated and confounded the patent bar. “It took CIPO a couple of years after the Amazon.com decision to develop guidelines and came up with this problem-solution idea,” noted Melanie Ward, a registered patent agent with Hicks Intellectual Property Law in Canmore, Alberta. “It baffled patent practitioners. A lot of patent agents and lawyers thought CIPO’s guidelines didn’t follow the principles of purposive construction set out by the courts.”

The problem-solution approach adopted by CIPO also left the patent bar with the distinct impression that the patent office has been reluctant to accept computer-implemented inventions. And the latest figures seem to bolster that perception. The Patent Appeal Board has issued 29 decisions so far this year, and refused the patent application in 27 cases. In the remaining two decisions where the patentable subject was raised, the patent application was refused on other grounds. That has had practical consequences. It has led to widespread uncertainty as innovators do not know whether they will own the inventions they create. “I meet a lot of innovators who can’t be bothered with applying for computer-implemented inventions,” said Ward. “Some are not pursuing it anymore, or there’s a lot of misinformation out there about what can and can’t be patented in Canada.”

CIPO’s problem-solution approach also appears to be at odds with the drive by the federal and provincial governments to attract high-tech talent, observed Roch Ripley, the head of the Vancouver Intellectual Property Department with Gowling WLG. “There’s a bit of inconsistency there with the overall trend of Canada becoming increasingly a tech-driven economy,” said Ripley. “A lot of those high skill jobs are in the tech sector so we want to attract that talent and develop those companies. But CIPO’s policy is making it harder for reasons that the Federal Court has said in that it is inconsistent with Canadian law.”

Following the decision by the Federal Court Justice Russel Zinn in Yves Choueifaty v. Attorney General of Canada, 2020 FC 837, the patent bar is cautiously optimistic that the “tide is changing,” said Shahinian, echoing views held by other experts. Choueifaty, the founder, the chief executive officer and chief investment officer of the investment management firm TOBAM, filed a patent application that deals with the invention of a computer implementation of a new method for selecting and managing investment portfolio assets. The examiner rejected the application, finding that the subject-matter lay outside the definition of invention provided in section 2 of the Patent Act. Choueifaty submitted a set of amended claims but with no success. A panel of the Patent Appeal Board members agreed with the examiner’s findings, and the Commissioner of Patents also declined to grant the patent application.

In Choueifaty, Justice Zinn found that the Commissioner erred in determining the essential elements of the claimed invention by applying the problem-solution approach. “It is evident on a reading of MOPOP (Manual of Patent Office Practice), notwithstanding that the patent claims are to be construed in a purposive manner, does not intend or direct patent examiners to follow the teachings of Free World Trust and Whirlpool,” said Justice Zinn in the 17-page decision issued on August 21st.

Justice Zinn found that CIPO’s problem-solution approach does not consider the inventor’s intent as laid out by the SCC in Free World Trust and Whirlpool. Justice Zinn pointed out that the MOPOP, relying on Genencor International Inc. v. Canada (Commissioner of Patents), 2008 FC 608, instructed patent examiners not to rely on the SCC’s Whirlpool decision. But Justice Zinn found that Genencor was not binding “and is no longer good law” in light of the 2011 Federal Court of Appeal decision in Amazon.com.

“We had clear guidance from the Supreme Court of Canada,” said Ripley. “I don’t think it was that difficult to apply because the patent bar is on record as saying the problem-solutions approach was not consistent with that guidance. And it still took seven years to get a decision to say the problem-solutions approach is incorrect. We didn’t have to be here. We had the jurisprudence. We really should have applied it from the beginning.”

Riyadh Nazerally, a spokesperson with Innovation, Science and Economic Development Canada, said CIPO is currently reviewing the Federal Court decision and “will communicate next steps in due course.”

The patent bar is hoping that change is afoot. “There’s still uncertainty because if CIPO decides to appeal the decision in principle, they can just put the whole thing aside until it goes through the Federal Court of Appeal,” said Shahinian. “But nevertheless it’s definitely a positive development. It looks like the tide is turning, and there will be a greater chance of patenting those kinds of inventions in the future.”

Ward concurs. “This is the first step that is needed in potentially having CIPO change their approach to examining computer-implemented inventions,” said Ward. “I would encourage people if they have a computer-implemented invention that they believe is important to protect with a patent, then by all means they should be pursuing it because there could be changes in how it’s examined and allowed.”