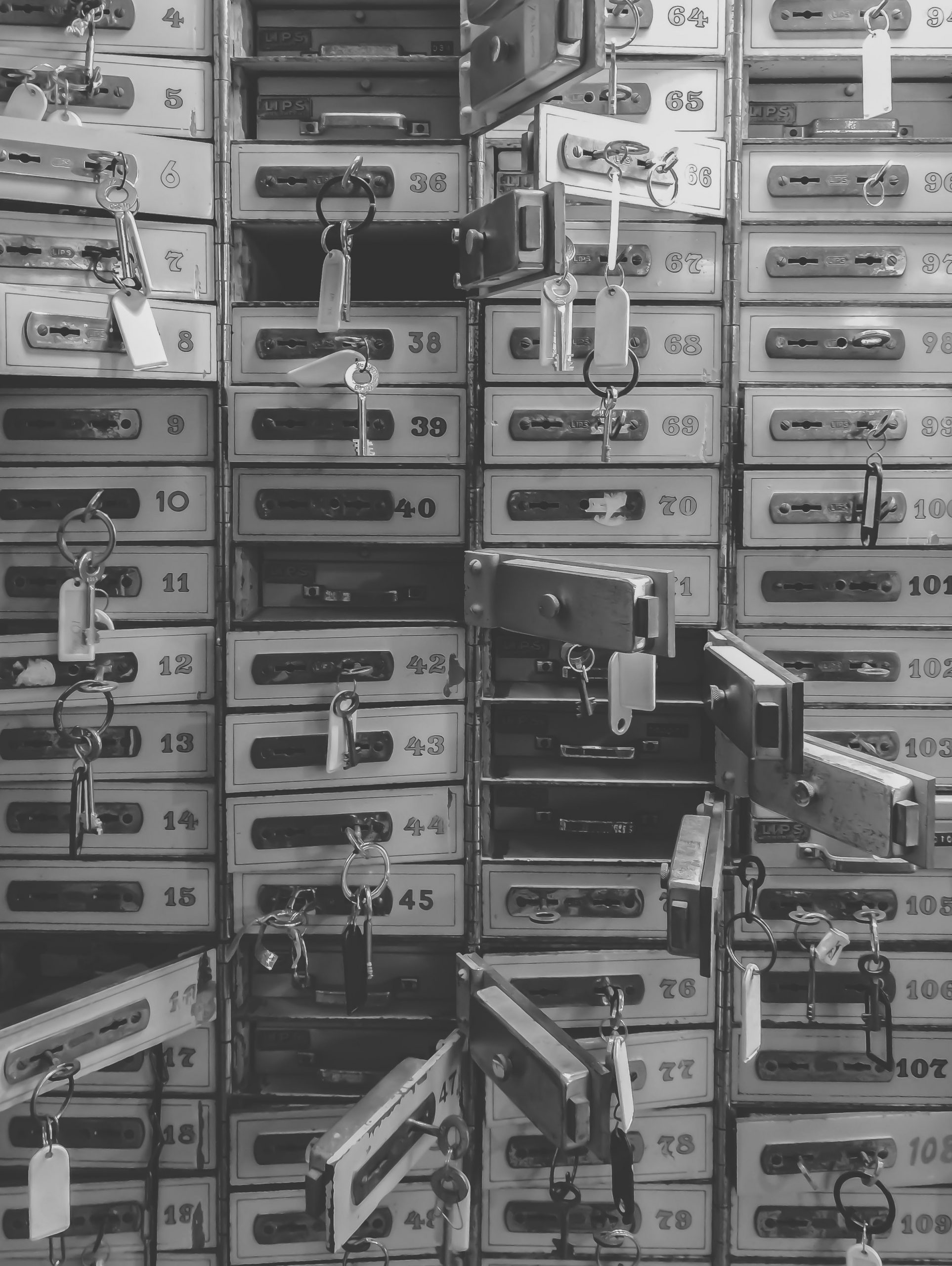 A new corporate transparency law recently enacted by the Quebec government will compel all private corporations and partnerships, regardless of where it is registered or incorporated, who conduct business in the province to disclose the identity and some information of the beneficial owners of their shares in a publicly accessible database, a requirement that goes further than similar legislation passed by the federal government and other provinces.

Bill 78, An Act mainly to improve the transparency of enterprises, is part of a growing wave of international and national efforts aimed at thwarting tax fraud, money laundering and the financing of terrorist activities. But the bill, while lauded by business and tax lawyers, has also prompted questions over its opaqueness, its application, compliance costs, and privacy issues.

“All of these registers point to certain ills that have been raised by international bodies going back 10, 20 years,” noted Daniel Frajman, a Montreal corporate, commercial and tax lawyer with Spiegel Sohmer LLP. “The feeling is that by having more information available with respect to who is behind corporations then those ills can be be fought better with these kinds of registers. One would think it’s helpful and laudable but I guess time will tell.”

The move towards corporate transparency has accelerated in recent years. The global money laundering and terrorist financing watchdog, the Financial Action Task Force (FATF), has called on governments around the world to implement measures to deter and prevent the misuse of corporate vehicles such as companies, trusts and other types of legal person arrangements by making them “sufficiently transparent.” The inter-governmental body, of which Canada is a member, beckons governments to ensure that accurate and up-to-date basic and beneficial ownership information is available to competent authorities in a timely fashion. FATF is now considering updating recommendations it issued in 2014, in part due to the use of cross-border ownership structures to conceal beneficial ownership. It is also examining issues dealing with access to beneficial ownership information to address issues around privacy, security and potential misuse of information.

The international tax evasion and avoidance schemes uncovered through leaks such as the FinCEN Files and the Panama and Paradise Papers too added fuel to the corporate transparency movement. Several of the schemes revealed by the leaks involved shell companies, which made it possible to hide the true identity of these entities’ ultimate beneficiaries, according to a 2019 consultation paper (pdf) on corporate transparency prepared by the Quebec Ministry of Finance. On top of that, Canada was identified by Transparency International as having lax anti-money laundering rules that allowed “snow-washing,” the practice of laundering dirty money through shell companies. An expert panel that examined money laundering in British Columbia’s real estate market estimated that $46.7 billion was laundered in Canada in 2018, and $7.4 billion in the province. The think-tank C.D. Howe Institute has pegged the figure even higher, asserting that a “realistic estimate” of dirty money laundered in Canada ranges from $100-$130 billion annually.

These developments spurred the federal government and provincial governments to sign in 2017 the Agreement to Strengthen Beneficial Ownership in which Finance Ministers across the country agreed in principle to pursue legislative amendments that would lead to greater corporate transparency. As of June 2019, corporations governed by the Canada Business Corporations Act (CBCA) are required to maintain a securities register of all individuals with “significant control” over the corporation. Other provinces have followed suit, including British Columbia, Manitoba, Nova Scotia and Saskatchewan, with amendments of their own business corporation statutes.

The Quebec government took a different tack when it enacted Bill 78 in June. Rather than amend its provincial Business Corporations Act, the Quebec government amended the Act respecting legal publicity of enterprises (LPA) which will set up a public register on-line as part of the Quebec Enterprise Register (REQ). The difference is significant, pointed out Marie-Andrée Latreille, a Montreal corporate lawyer with Davies Ward Phillips & Vineberg LLP. Under Bill 78, businesses will be required to publicly disclose the identity of their “ultimate beneficiaries,” which generally speaking is a natural person who effectively exercises significant control, directly or indirectly, over a corporation, trust or other entity, such as a partnership. In contrast, under the federal CBCA and other provincial jurisdictions that have amended their own business corporation statutes to include corporate transparency rules, only corporations incorporated under those statutes are required to maintain a private register of beneficial owners, which can be inspected by certain regulatory authorities and stakeholders, said Latreille.

“To do business in Quebec you must be registered according to the LPA,” explained Latreille, who testified earlier this year during public hearings on Bill 78 before the Quebec National Assembly on behalf of the Quebec Branch of the Canadian Bar Association (CBA). “By amending the LPA, it’s not only corporations incorporated under the Quebec Business Corporations Act who will have to follow the new corporate transparency rules, but all registrants.”

Under Bill 78, registrants will need to provide the REQ with a copy of identification issued by a governmental authority for each of their directors and to declare their dates of birth. Registrants will also need to declare the dates of birth of the three shareholders holding the most voting rights as well as the birth dates of the president, the secretary and the chief executive officer. Business will also have to disclose information regarding ultimate beneficiaries such as their names, domiciles, and dates of birth and the type of control exercised by each ultimate beneficiary or the percentage of shares or units each one holds or of which each one is a beneficiary.

Bill 78 however expressly prohibits the consultation of a person’s date of birth as well as the name of and domicile of a minor if he or she is an ultimate beneficiary of an entity subject to provincial registration requirements, noted Éloïse Gratton, Ad.E., a privacy expert who co-leads the national privacy and data protection practice at Borden Ladner Gervais LLP.

There are further exceptions. Under Bill 78, exempted registrants include not-for-profits, Crown corporations, reporting issuers, financial institutions according to the Insurers Act, banks and associations.

All that information held by the REQ can be consulted by the public, free of charge, making it an outlier in North America and Canada’s de facto public register, according to Frajman. Quebec decided to follow the example set by the United Kingdom and many of European nations by implementing a public register because it is hoping to foil more than just tax evasion, money laundering and terrorist financing, said Frajman. He pointed out that the 2019 consultation paper on corporate transparency prepared by the Quebec Ministry of Finance states that by allowing the public to make searching using an individual’s name it would “enhance transparency in the economic sector and support the fight against fraud and corruption.”

“Once a jurisdiction is starting to look at fraud among counterparties, then they’re starting to want to have a public register or a register that the general public can be able to consult and that will help protect them,” explained Frajman. “They’ll know who they’re dealing with when they’re entering into contracts and other agreements and arrangements.”

The federal government intends to follow suit. In the 2021 federal budget, Ottawa announced that it will be investing $2.1 million to establish a corporate beneficial-ownership registry that will be publicly accessible by 2025.

But in the meantime, many questions still linger around Bill 78. The legal community is hoping that the provincial government will issue regulations and guidance to reduce the compliance burden, but without overreaching. For example, the definition of ultimate beneficiary needs to be clarified as does the notion of control, said Frajman, a point of view shared by the Quebec Branch of the CBA. “What does it mean to have control,” asked rhetorically Frajman. “Quebec is pointing to a definition in the Quebec Taxation Act but that definition does not always have clarity, and there’s always judgment there.”

There are also concerns over compliance costs. A brief by the Quebec Branch of the CBA asserts that Bill 78 will impose a “higher financial burden” on domestic and international business given that it is likely that they will have to resort to professionals such as lawyers, notaries and accountants in order to fulfil their legal obligations.

Privacy concerns have also been raised. Though Gratton applauds the initiative to enhance corporate transparency, she questions whether it is “truly necessary and proportional, in light of the common underlying objective of these register, to provide the public a relatively unfettered access” to information contained in the registers. Allowing anyone, regardless of purpose or intent, to conduct searches based on a natural person’s name is also disquieting, added Gratton.

“The main worry in this respect is that it could cause this information to be disseminated more broadly than originally intended, with potentially devastating effects on those most vulnerable, who may find themselves the target of phishing scams, extortion or other types of threats based on inferences that can be drawn from this information,” said Gratton. “These concerns are only likely to increase in severity as a growing number of governments decide to implement similar measures.”

Registers, added Gratton, should be subject to reasonable limits in terms of who can access information about ultimate beneficiaries and under what circumstances.