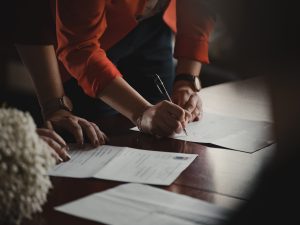 The contract is king, especially when it involves sophisticated commercial parties who freely negotiated a non-consumer contract, ruled the Supreme Court of Canada in a case dealing with non-liability clauses.

In a case centred around a contract dispute between two firms, the nation’s highest court overturned a Quebec Court of Appeal decision and held that “the will of the parties had to be respected.”

The dispute surfaced after an integrated management system implemented by software maker Createch for Prelco inc., a large Quebec glass manufacturer, did not go as planned. A 2008 agreement between the two parties included a limitation of liability clause that stipulated that Createch’s liability to Prelco for damages to any cause whatsoever, regardless of the nature of the action, was confined to fees paid to Createch. In other words, the clause limited Createch’s liability if the software caused damages.

The software was fraught with issues, and in 2010 the manufacturer terminated the contract with Createch and hired another company to fix the problems. Prelco then sued Createch for $6.2 million for loss of profits, costs for restoring the information management system, reimbursement of overpayment, and claims from customers.

The Superior Court of Quebec held that Createch could not invoke the non-liability clause as it still had to meet its fundamental obligation under the contract, which was the design and installation of the software system to meet Prelco’s needs — a decision upheld by the Quebec Appeal Court.

The SCC, in 6362222 Canada inc. v. Prelco inc., 2021 SCC 39, unanimously ruled that Quebec law allows parties to limit or exclude their liability in an agreement by two “sophisticated” companies, and is not invalidated by the doctrine of breach of a fundamental obligation. Chief Justice Richard Wagner and Justice Nicholas Kasirer wrote:

“The clause on which Createch relies is in a contract by mutual agreement that was negotiated by two sophisticated legal persons and not in a contract of adhesion or a consumer contract as under art. 1437 C.C.Q.

“The clause is not ambiguous, and the trial judge could not annul it. The will of the parties had to be respected. Clause 7 does not violate any rule of legislative or judicial public order, nor is there any specific rule relating to nominate contracts that applies to the facts of this case. There is nothing in the case that would require the courts to intervene to protect a party who is weak or at a disadvantage economically.

According to a legal bulletin by Osler,

“This judgment is critically important for commercial parties contracting under Quebec law.

“The principles set forth by the Supreme Court are critical in upholding the basic principle of freedom of contract as between sophisticated commercial parties and establishing that such a principle is not easily negated by the doctrine of breach of a fundamental obligation. This decision is a reminder that while non-liability clauses may be considered “boilerplate,” they can have a significant impact and should be managed accordingly.