So says François Casgrain, Quebec’s lobbyists commissioner, who will be retiring by the end of the month after an eight-year term due to health reasons.

Casgrain, disappointed but not bitter, chastised Quebec politicians of all stripes for failing to bolster, expand and simplify the province’s lobby laws. Four successive provincial governments promised over the years to shore up lobby laws, and none have kept their word. The latest effort, Bill 56, is languishing since November 2015. 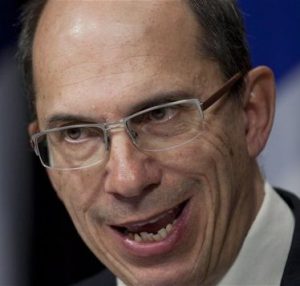 “The status quo is no longer tenable,” said Casgrain. “And the reasons for not going forward make no sense. It is time for the bill to forge ahead, that it goes through all the legislative changes to ensure its adoption.”

Bill 56, also referred to as the Lobbying Transparency Act, proposes wholescale changes. It revises the definitions of lobbyists, makes each in-house lobbyist individually responsible for filing a return, requires registration before lobbying commences, moves to quarterly reporting of lobbying activities, imposes new obligations on public office holders, makes the Commissioner responsible for the registry, empowers the Commissioner to impose monetary administrative penalties, and provides for substantially higher fines upon conviction.

More controversially, Bill 56 makes it mandatory for all for-profit and non-profit businesses and organizations to register online before approaching any government department or individual holding public office to lobby for support, financial or otherwise.

Bill 56 has raised the ire of the non-profit sector who want to be excluded from the bill.

Casgrain too wants to introduce changes to Bill 56. He wants to see the number of groups that have to declare themselves as lobbies be expanded. He wants the rules governing registration to be simplified, particularly for business or non-profit organizations with less than five employees. He recommends having only one person from an organization to register, and not every employee or director. And he wants to increase the fines for violations of the laws.

“The current law fails to meet its objectives,” remarked Casgrain. “It is not in some cases sufficiently clear. There are provisions that are ambiguous. They are open to court challenges. All of which leads to challenges to apply the current law.”

Even though he recommends changes to Bill 56, Casgrain insists that “the bill needs to be adopted before the end of the current legislature” in October 2018.

It has become even more “urgent” following a recent Quebec Court of Appeal decision that acquitted the politician David Cliche who was accused of breaking the lobbying legislation. Cliche, a former Parti Québécois MNA from 1994 to 2002, was found guilty of six infractions of Quebec’s lobbying law by Quebec Superior Court in March 2016, and was fined $3,000.

“The recent Quebec appeal court decision basically held that the opinion of the commissioner over one of the provisions (of the law) no longer applies,” noted Casgrain while tabling a report calling for changes that should be implemented on Bill 56 before it is adopted, if it will be adopted. “Unless there are changes to the law there will be significant challenges, including further legal challenges, challenges that try to avoid transparency from really being applied.”

Resistance to the new lobbying legislation isn’t helping matters, acknowledged Casgrain. Some don’t see the necessity of a lobbying legislation. Others believe it should not apply to them. And yet other lobbyists fear transparency can hamper the ability to carry out projects.

“This resistance harms its legitimacy, which is another problem,” said Casgrain. “Its legitimacy is unfortunately viewed a bit negatively.”

Casgrain will be retiring as of June 30, 2017 at the age of 60. While he was able to fight off a cancer a few years ago, it has recently returned and he is now undergoing experimental treatment.

“This changes your perspective on life, and this is the main reason why I am leaving,” said Casgrain. “I am pleading, I am trying for the last time — and I think that is my role — to get things moving.”